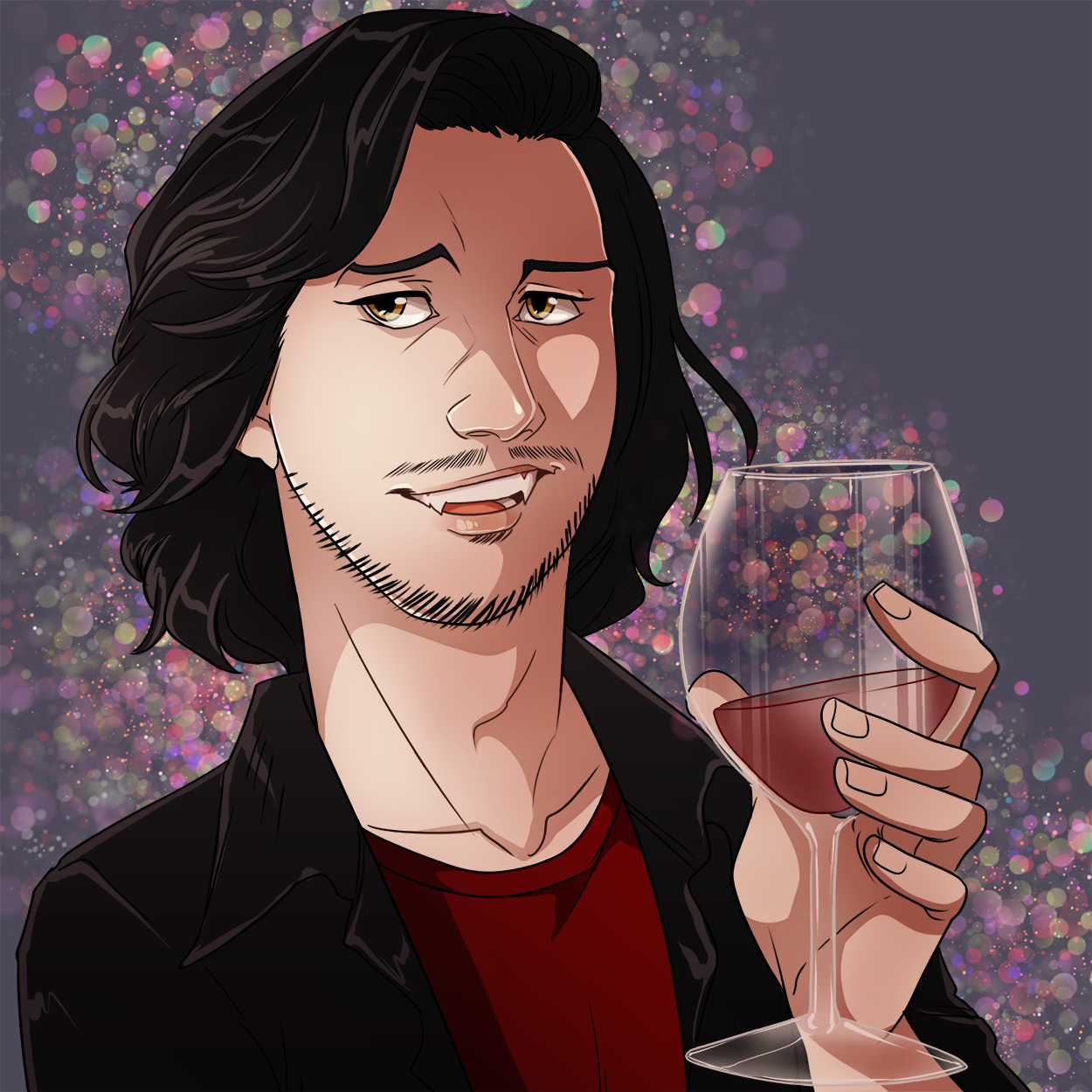 PERSONALITY.
Awkward and well-intentioned, Damon tends to be a loner.


"The whole coven thing is mostly fiction. Maybe some of us live that way, but I think it's easier to be nomadic. To be alone."


Though once he warms up to someone, he can be flirtatious and crack jokes. He does his best to hide his enhanced abilities and tries not to draw attention to himself.

He enjoys all kinds of music, though he has a soft spot for disco, due to the backlash surrounding it at the time of his "death."

He has a jealous streak, unbeknownst to Rico.

As a human, he was even more awkward and nervous around people. He dated a few girls in high school, but it never worked out, since he couldn't perform sexually. Though he though about sex/romance with men, he never had a chance to try until Rico came along.

He's basically the embodiment of "doing really bad things for (what he thinks are) good reasons."
HISTORY.
Damon was turned into a vampire by his girlfriend, Annadale, who he met at a club in the mid to late '70s.

"I had heart and stomach problems, [...] My organs hurt. I couldn't eat much because my stomach hurt all the time. I took any drug I could find, trying to dull the pain. Whenever I went to the doctor, they couldn't find anything wrong with me."


Damon has a younger sister he was never really close to. His parents had a tumultuous relationship, splitting and getting back together multiple times during his childhood/teen years.

After he was turned in 1978, Damon drank blood from humans, leaving a trail of bodies in Sacramento. Then he traveled to other locales -- Utah, Nevada, Colorado, and Washington, D.C. -- before finally ending up in Los Angeles where he continues killing humans for blood.
TRIVIA.
LIKES & DISLIKES.
LIKES; DISLIKES;
GALLERY.