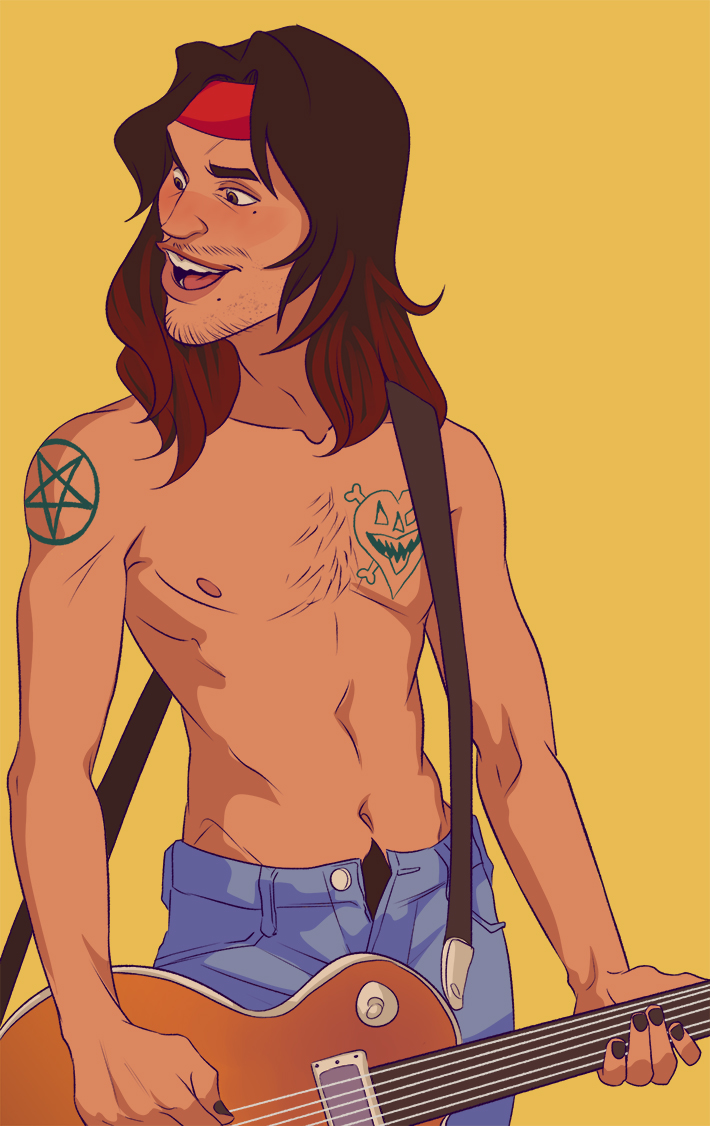 Rico is the lead guitarist and vocalist for his band, Hell's Night. He hopes to make it big, but until that day comes, he works nights stocking groceries at a local supermarket.

He's into the occult, serial killers, horror movies, the usual dark edgelord shit. After a gig, he meets the mysterious, charming Damon, who indulges all of Rico's secret desires. Unbeknownst to Rico, Damon is a vampire responsible for a slew of grisly murders in his quest for blood.

Although Rico puts on an edgy facade, he's incredibly loyal and loving with the people he trusts.

Rico was born to a Mexican father and a Japanese mother. He has a sister, Mari, who he's deeply protective of, despite her being older than him. His upbringing was unremarkable, although his parents struggled to make ends meet. Rico's motivation to be a rock star is partly influenced by his desire to provide for his family.

Rico grew up in Tesuque, New Mexico, so he identifies more with his Mexican heritage. He knows some basic Japanese, but obviously got more practice with Spanish.

Rico moved to L.A. in 1980, fumbling around in shitty underground metal bands until Tony D'Angelo, the future drummer for Hell's Night, offered Rico full creative control in exchange for joining his group.