This site is a landing page for my creative works. I write fiction and create illustrations. Sometimes I make playlists and other supplementary materials. I wanted a space where I could gather all my work rather than spreading it out across various sites.

If you like what you see here, leave a kudos or comment! All of these illustrations, stories, and playlists are labors of love. Podfic, art, icons, fanmixes, translations, or anything else based on the stories listed here is welcome and will be included on the main story's info page. 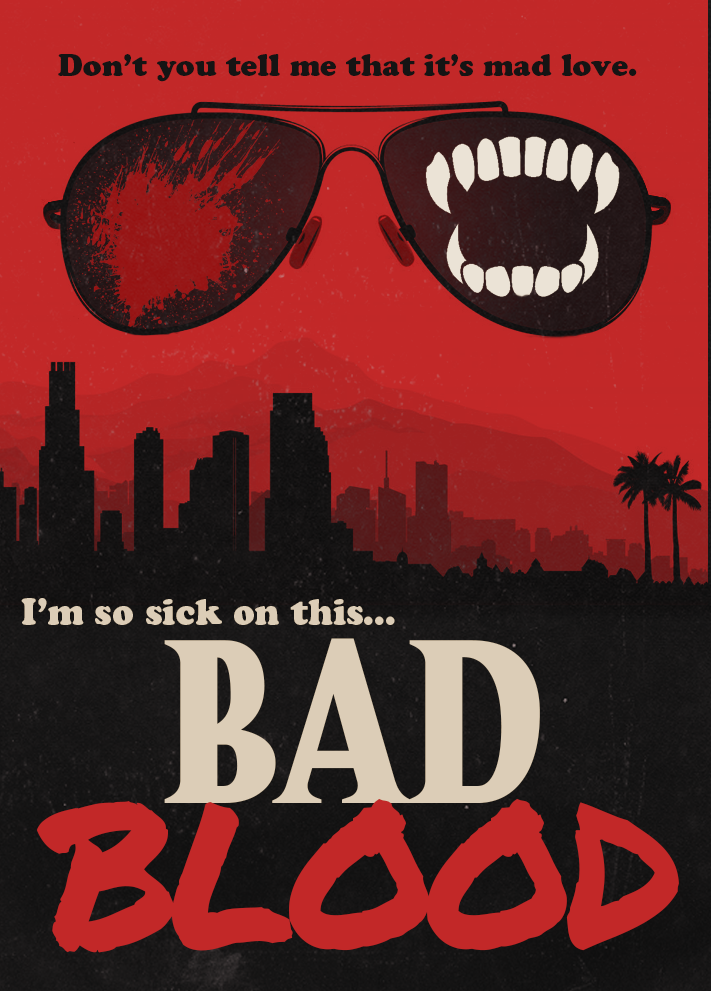 Summer 1985. The “Valley Vampire” is on the loose in Los Angeles, mutilating his victims and draining their blood. Rico Leyva just wants to play the local clubs with his band, Hell’s Night. When he meets the alluring and mysterious Damon Grace, Rico falls hard.

Damon’s an odd duck, though: he’s startlingly pale, skinny, and his unnaturally golden eyes seem to change color depending on the day.

Turns out Damon’s a vampire. But he’s one of the good ones, right? 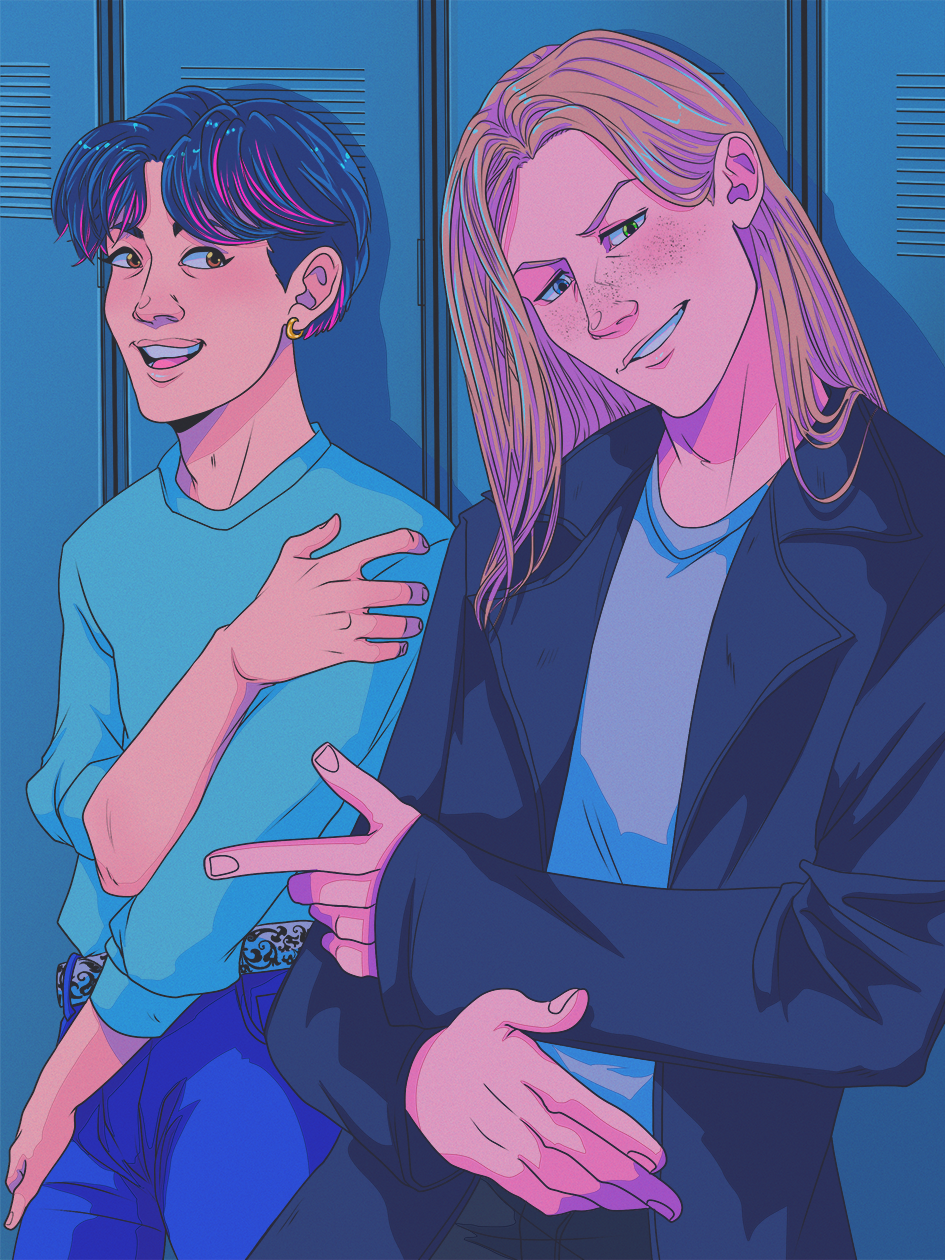 “One real friend is better than a hundred fake ones.”

“Yeah. It’s just a shame that one real friend has to be me, huh?”

In a movie, this would be the moment where Taehyun kisses Syd to reveal his crush and to show Syd he’s not the undesirable loser he thinks he is. But Taehyun can’t handle another rejection tonight, even if Syd is gentle about it. 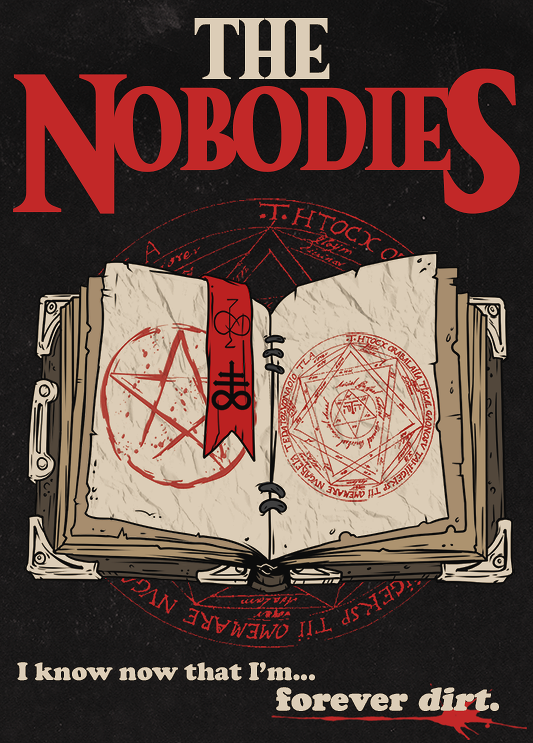 When Taehyun unintentionally summons the spirit of Syd Reed, a school shooter from a nearby town, he plans on sending the evil motherfucker back to Hell — at least until Syd presents him with an insane challenge: reform the mass murderer into a “good” person.

Soon, Taehyun begins to see a startlingly human and relatable side of Syd, a side he can’t reconcile against the brutal killer he’s only known through news reports. As Syd’s moral compass shifts, he becomes Taehyun’s first love, a love that transgresses all the rules of life and death.

But the butterfly effect from Syd’s past actions has dangerous ripples that hit closer to home than Taehyun could have ever imagined. 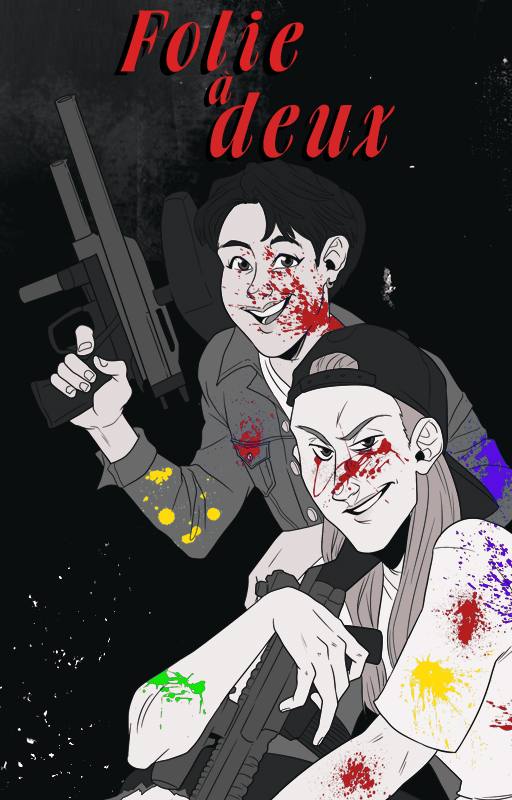 When sullen teen outcast Syd meets the bubbly, outgoing exchange student Taehyun, it should be a match made in hell; Taehyun has all the irritating qualities of the popular kids who have made Syd’s school years miserable. But instead a friendship blossoms between them, then a romance, and Syd’s lonely life begins to evolve. His self-esteem rises, the cloud of his depression lifts, and he actually makes friends.

But just as Taehyun isn’t what he seems to be, neither are the self-proclaimed Rebels in Syd’s new social circle. Soon, Syd is drawn into a wicked game more sinister than he could ever imagine. To survive, he must contend with the darkness, and understand that friends are sometimes at the heart of that darkness.

It’s been eight years since Jeremy left behind his rural hometown and his best friend, Eddie, for a more promising life in Chicago. But when Eddie calls him from jail and asks for his help, Jeremy returns in a heartbeat to the sleepy town of Harvest, Wisconsin. The remains of Eddie’s missing brother Isaac have been discovered, and Eddie is the prime suspect. Bringing along his friend Casey—a trial lawyer and Elvis impersonator—Jeremy is determined to solve the mystery of Isaac’s disappearance and exonerate Eddie. After all, Eddie’s just a mild-mannered simpleton, albeit a bit of an oddball. He wouldn’t hurt a fly, but he might dig dear old Mom out of her grave for a little company.

When Jeremy’s quest for answers awakens a restless spirit seeking vengeance, what began as an effort to save his friend becomes a dangerous clash with the supernatural that threatens not just his own life, but the lives of everyone he cares about. To survive, Jeremy must uncover startling truths about his own dark past, and even the world as he knows it.

Sympathy for the Devil One fateful night, Roger Cowell picked up a female hitchhiker outside of a Washington state park: a decision he’d regret for the rest of his life. When the girl turned up dead, Roger tried to help the police but instead found himself accused of her murder and thrown into his worst nightmare. Now, the media firestorm around Roger has ruined his life. His dreams of a law career destroyed, an unemployed and disgraced Roger can’t find much inspiration to do anything—that is, until he meets Meg at his sister’s wedding. Meg is bright and beautiful and might be the only person who can help Roger find the killer and a second chance at life.

With his world coming apart at the seams, Roger must investigate for himself and follow the strange, incongruous clues that point to something more sinister than a serial killer. As Roger uncovers the truth, the killer is closing in on Roger and everyone he cares about.

A new original fic, Bad Blood, has been added.

Added another fic, and another shrine.

Changed any images linking to dA to instead point to the same image server-side. If any images are broken, please drop a comment here.

Added another fic. Not much else to see here.

I added a Metallica shrine, complete with late '90s fansite aesthetic. Also added a .epub version of Prima Facie on the MJ fic page, since Kindle will no longer support .mobi files by August 2022.

A new SydTae fic has been added to the original fic section. Sort of a softer take on Folie à deux.